On Saturday, August 6th, 2011, at 10:30 am local time, breastfeeding moms gathered in locations all across the world for The Big Latch On, a synchronized breastfeeding event aimed at showing the general public that public nursing is normal. Moms and babies attempted to stay latched on for 60 seconds in order to try to beat a world record for the most moms nursing at one time. The previous record was 15,128 nursing mothers at 295 locations across The Phillipines in 2007.  The Big Latch On originated in New Zealand a few years ago and was brought to the United States by Joanne Edwards. Joanne, who is originally from New Zealand, organized a synchronized breastfeeding event in Portland, Oregon last year. She was also one of the organizers for this year's event alongside Annie Brown, a La Leche League Leader. According to Joanne, there was a provisional total of 4,123 women nursing their babies in 294 locations across the globe. This included the United States, Puerto Rico, the United Kingdom, Italy, and Australia.  Although the world record was not broken, the event served its purpose in uniting women across the United States and beyond in an effort to promote the benefits of breastfeeding and normalize breastfeeding in public. 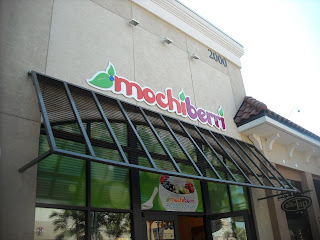 I attended The Big Latch On event at MochiBerri Frozen Yogurt at the Shoppes at Wiregrass in Wesley Chapel, Florida.  The event was organized by Katrina Lang and sponsored by Joyce Hepscher of Stroller Strides in New Tampa. Mochiberri Frozen Yogurt was kind enough to allow us to use their venue free of charge and offered participants and supporters drinks for $1 during the event. MedExpress donated gift bags for the participants and there were also gift bags prepared by the organizers. Skinny Water and LifeSource Wellness Centers donated items for these bags. There were items raffled at the end of the event which were donated by various community sponsors. Basic Black Collection at the Shoppes at Wiregrass donated a handbag and FitNich, also at Wiregrass donated a sports bra. Happy Baby baby food donated their Happy Baby book as well as coupons and The Crunchy boutique in New Port Richey donated Rockin Green Detergent. A Mary Kay consultant also donated items for the raffle. Plum Organics puffs and Mish Mash were also given out. At the end of the event, each mom received pink carnations for participating. Kathy's flowers in New Tampa donated half of these carnations. Thank you to all of our wonderful sponsors and organizers for making the event possible! 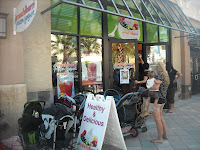 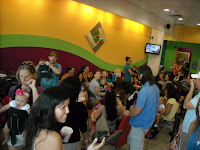 The final count for my location was 42 nursing mom and baby pairs and 18 dads and others who attended the event for support. Among the attendees were a lactation consultant from St. Joseph's Women's Hospital who attended to give advice and spread the word, and a representative from the Pasco County Health Department who photographed the event.I had a wonderful time at the event and was glad to see so many breastfeeding mothers come together for a lactivism event. It was even greater to see that quite a few dads attended as well to support their wives and babies. The event itself was very well organized and we had a great turn out considering that it was put together in only 9 days and there was not much time to spread the word. We are expecting an even greater turn out next year.

In nearby Largo, FL another event was organized by Magen Gilbreath and coincided with the Tampa Bay Birth Network's Family Fun Day. They ended up with 47 nursing moms, 27 of which were latched on for the full minute. Two of these moms were tandem nursing two children each. They had a total of about 155 attendees at the event, including 2 photographers who donated free family portraits. 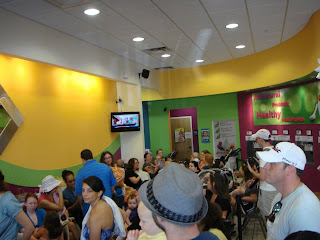 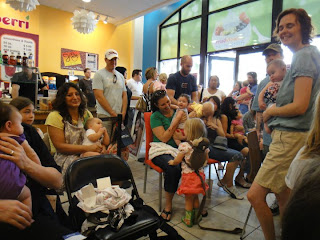 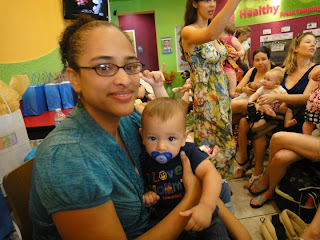