This year, the Big Latch On aimed to reach more participants by going on at two separate times instead of just one. If you are not familiar with the Big Latch On, an international synchronized breastfeeding celebration for World Breastfeeding Week, please see my post on last year's Big Latch On, where I explain it in detail here. On Friday August 3rd, 2012, and Saturday August 4th, 2012 at 10:30 am on both days, moms across the globe joined together to nurse their babies with the purpose of raising breastfeeding awareness and attempting to beat a world record for the most babies nursing at one time. After much anticipation, a few days later, the grand total was announced. 8,862 children breastfed in 626 different locations across 23 countries! Although we did not beat the world record, this was a HUGE increase since last year, when only 4,123 babies were breastfed. We are definitely making a difference when it comes to raising awareness of breastfeeding, especially breastfeeding in public, way to go ladies!

I attended the Big Latch On in Tampa, FL this year, which was held in conjunction with the Hillsborough County Breastfeeding Task Force's World Breastfeeding week Celebration at All People's Life Center on Saturday. The event was organized by Magen Gilbreath, who organized the Big Latch On in Largo, FL last year. The final count for our location was 58 nursing babies, two of which were mine since we are now tandem nursing! There was at least one other tandem nursing mom there whom I had the pleasure to meet after the latch on minute. After the latch on minute, there were games and raffles. My husband's new water treatment company, United Environmental Solutions donated two Sport Berkey bottles for the raffles, I hope the winners really enjoyed them. Among the other sponsors were my friend Melanie of Birdie Bakes, who donated a basket of lactation cookies, my friend Hallie of Hallie D Photography, who donated a free photo shoot, Stroller Strides who donated some free sessions, and Jade Bitla of JB Art Creations, who donated a beautiful nursing Henna canvas, which I had the pleasure of winning! It's hanging near my dining room table right now. There  was also food and a cake provided by the Breastfeeding Task Force. The best part of this event, in my opinion, were the new relationships created among the nursing moms and families who met at the event. A Facebook group was even created so that we can all stay in touch.Thank you very much to Magen for planning and hosting this event, thank you Hillsborough County Breastfeding Task Force for letting us join in on your celebration, and thank you to all of the sponsors for your generous donations!


Here are some pictures from the event, some taken by Hallie D Photography, and some by my husband: 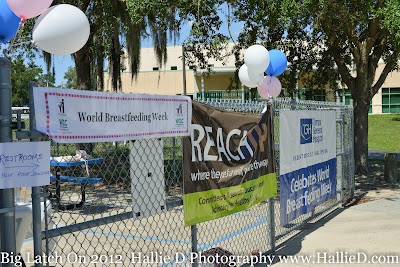 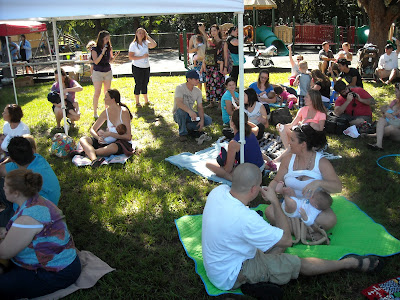 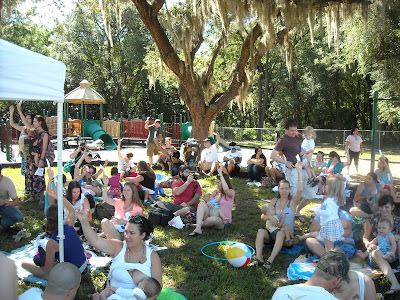